The sage Patanjali codified yoga by writing the yoga sutras about 2,500 years ago. The invocation is to show gratitude for Patanjali: 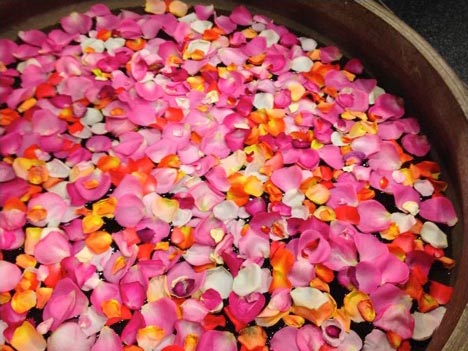 To the noblest of sages, Pantanjali,
Who gave yoga for serenity of mind,
Grammar for purity of speech,
And medicine for the health of the body, I bow.
I prostrate before Patanjali,,
Whose upper body has a human form
Whose arms hold a conch and disk,
Who is crowned by a thousand-headed cobra,
O, incarnation of Adishesa, my
Salutations to Thee.

The invocation can be better appreciated if the symbolism and Indian lore is understood. Towards the end of the invocation, Patanjali is described as a type of mythical character. He is crowned by a thousand-headed cobra. In Indian lore, the cobra sheds his skin and becomes new, which symbolizes eternity, fertility and regeneration. He then holds a conch. The conch can be blown as an alarm for danger or to warn of evil spirits or diseases.The disk symbolizes the sword of knowledge that destroys ignorance.
According to Indian legend, Patanjali is an incarnation of Lord Adishesa, who is a king cobra and whose body is the chair of Lord Vishnu. Patanjali was born a small worm. He went through an evolution and took on human form. The human form symbolizes the expanse of intelligence. This is the essence of yoga, it evolves us physically, mentally and spiritually.